The best way to show honor and respect for a big game animal is to use every part after you’ve killed it.

Here’s an easy way to make dog treats from meat scraps that might otherwise get thrown away.

Inevitably, there will be scraps of meat, gristle and fat when you’re done butchering that elk, deer, bear or other big game animal. While you may not want to eat certain parts, your dog will thank you for keeping it. 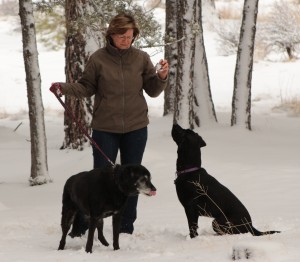 Our family’s two Labs assure there is no wasted meat from a big game animal.

With two Labs in my house, there is never any waste, so I just make the scraps into dog treat jerky. Obviously, you could use other types of meat if you found a good sale at the grocery store.

While cutting and trimming the meat, just save any part or trimming you don’t want.  If you don’t eat the organs, you can slice, boil and dry the heart, liver and kidneys.

Here’s what you do. 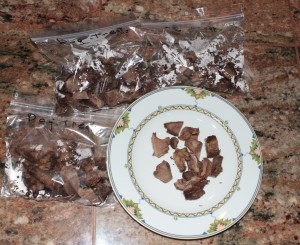 Label the finished dog treats so they don’t get mixed up with human food.

Related:  Encourage preparedness mindset with this book: "The Unthinkable"

I don’t know about you, but I want to know what is in my family’s food, and that includes the four-legged members. My Labs love the treats, and I appreciate that I can more fully use the harvest.

The Truth About Privacy Online and Beyond In The Modern Age

Today is also the birthday of Congressman Richard Henry Lee